Kayak studies in Russia part I

Just as the world went even crazier, and Russia turned as isolated as ever before, I finally went through the work I did 5 years ago on a trip to St. Petersburg, Russia. I'ts been on my "to-do-list" for 5 years, but better late than never. I really want to share some incredible experiences and discoveries here :) To understand why St. Petersburg somehow is the Mekka of kayak studies, we have to take a brief look at world history. 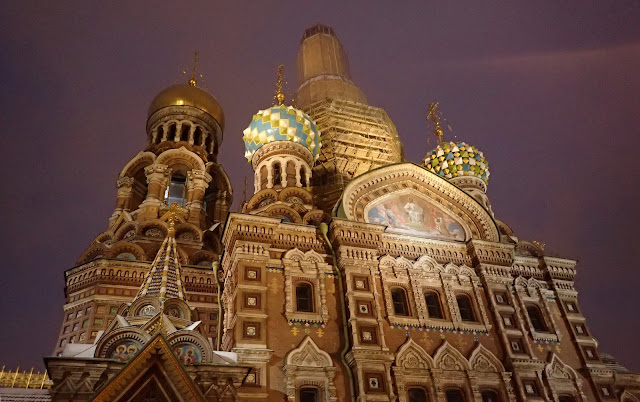 Today's Alaska was discovered by native Americans long ago. It was inhabited through migrations from Asia, and sea-mammal hunting cultures inhabited Alaska for thousands of years. But Alaska was first discovered by white people in the early1740's Vitus Bering, a Danish captain in service of Russia, is generally credited of the discovery. Alaska was claimed Russian territory, and from 1799 the land was officially a Russian colony until 1867 when it was sold to the United States of America. Even though you can find native Alaskan kayaks and paddles in many museums and collections around the world, you may find the oldest kayaks and paddles in Russian collections. Which led me to St. Petersburg in search of old native Alaskan kayaks. The first stop was the etnographic museum of St. Petersburg. 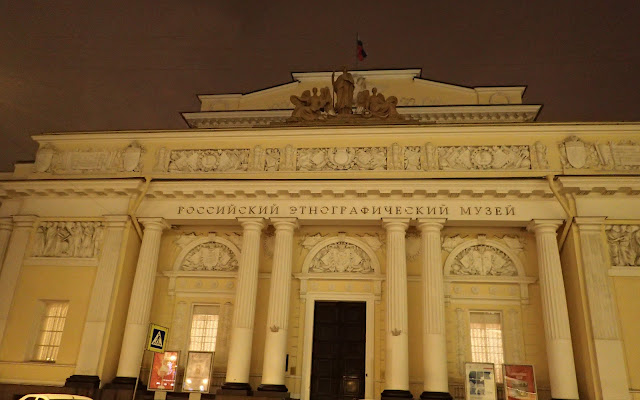 The museum is incredible. A huge marble palace of culture. I was welcomed by a very helpful staff of people there. Huge thanks to Anna and Irina :)  Busy with all kinds of work, they still took the time to help seach their archives for information on kayaks and paddles. They helped and let me work and study both in their exhibition and in their storage and were simply super friendly. I also had a Norwegian friend with me to help and assist. Erling was planning a paddle expedition through Russia, and wanted to make aquaintance with official people to get the proper permissions and advice for his expedition. In the enormous collection, we found serveral Alaskan and Siberian native kayaks and paddles. Aleut paddles and a huge 3-hole Aleut baidarka. In the exhibition I noticed a very old object, carved in mammoth tusk, that represented a small kayak. One of he most incredible object that immediately caught my attention, however, was a complete one-hole baidarka - or "Iqyax" displayed in the exhibition. 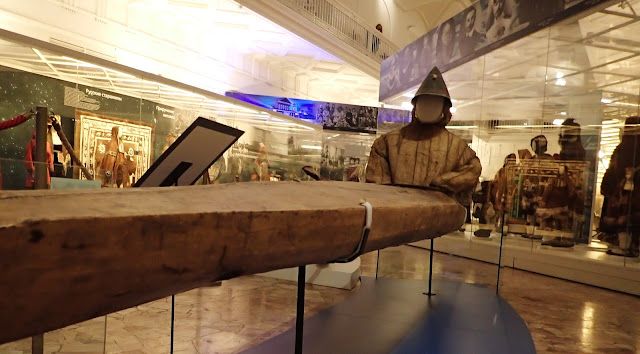 The kayak was i fairly good condition. The information in the museum archives was very limited. It had come to the museum in 1948 from a museum in Moscow that was closed. It was definitely an Aleut kayak, and we took the time to measure and examine the whole thing. In my opinion, the kayak represents a very fine example of early Aleut kayaks. And it would be very interesting to build a replica one day. The frame was mainly spruce, painted red. Unfortunately large sections of the hull had collapsed, but we still got a good impression of how it originally had looked. The frame was covered with what appears to be sea-lion skin. The kayak had a peculiar tube attached on the front deck. After examining the interion, it became pretty obvious that the tube had held some sort of mast for sailing. At the same location inside was, tied to the keelson, a small socket. Also, the frame seemed to have been strengthened with tied-in wooden stanchions. 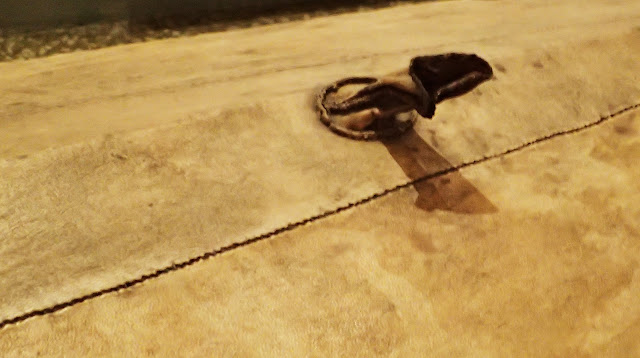 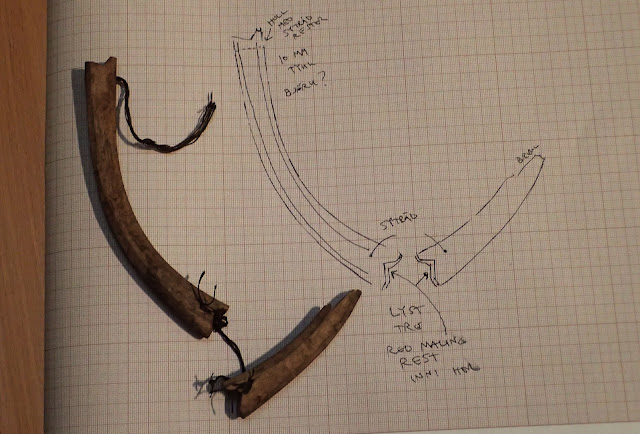 I'm proud to present, with the great help of my friend Alexander Helberg, a line drawing made after our measures. 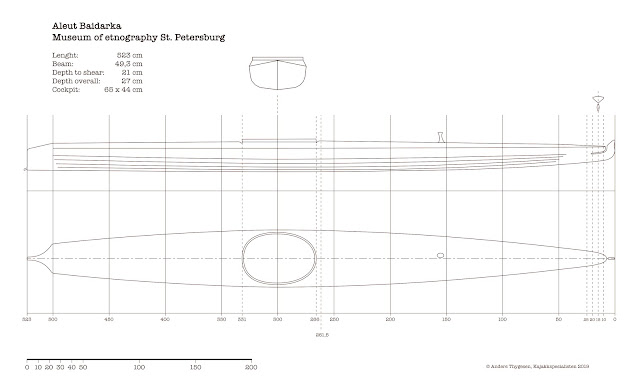 Despite lots of interesting objects, something was still missing in the Etnographic museum. I badly wanted to see some of the oldest remaining Kayaks from the Aleuts. The very same kayaks that David Zimmerly measured back in the 1970's. But they were no in the museum. After lots of searching, and contacting Zimmerly among others, we finally learned that there was another etnographic museum. It had a Scandinavian name "Kunstkammer". We made new arrangements, and were welcomed by the museum director hinself, Sergei Korson, and his assistant Olga. We were very thankful to recieve their great help and assistance. They showed us around both the incredible exhibition, as well as their huge storage filled with treasure :)

The holy grail.. at least to me this pretty much peaked my experiences. In the photo you see one of the worlds oldest original Aleut baidarkas, or Unangan iqyax. And at this point I will end my writing for now. In the next article, I will write and share more. Among other things, what could be the world's oldest Aleut paddle. 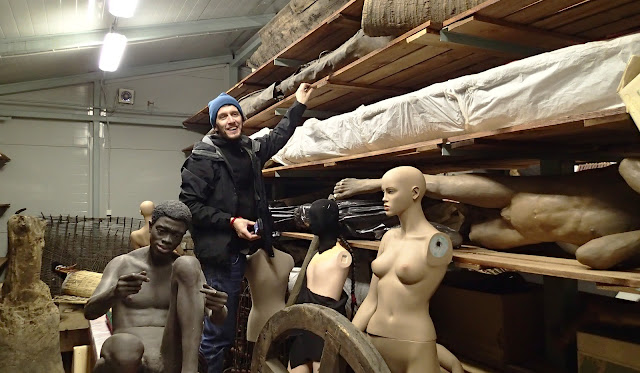 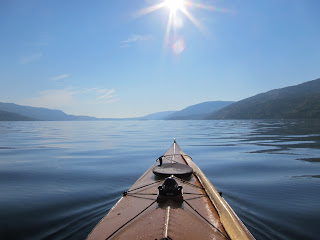 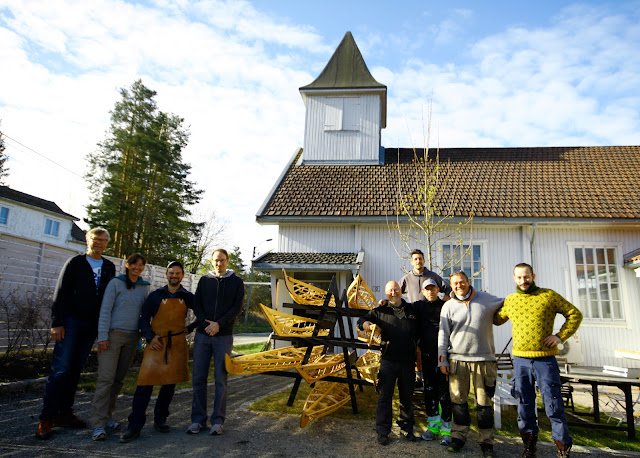